Comic Strip Collections A - Z
Tardi WWI: It Was The War Of The Trenches/Goddamn This War - GIFT BOX SET 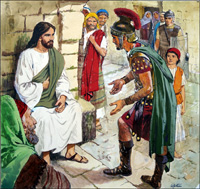 The Life and Art of Mead Schaeffer (Limited Edition)