Aesop's Fables (Ron Embleton)
The Miller, his Son and the Donkey (Original) 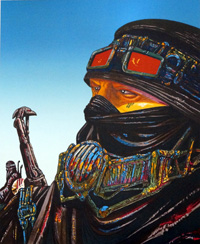 The Art of Tarzan (Illustrators Special)