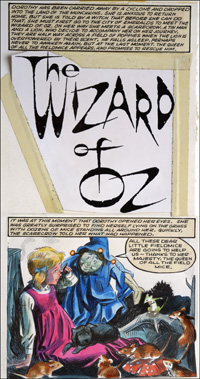 Eagles Over the Western Front: The complete story in one volume

SPACESHIP AWAY issues 1 to 5

The Life and Art of Mead Schaeffer (Limited Edition)

The Art of Dean Cornwell

Ariel, The Book Of Fantasy Volume 2